When Archdemoness Wrothe stirs the ashes from a long dead war, it rekindles a fire that threatens to burn the world. The immortal Stonebearers have the power to bring her down, if they learn of her awakening in time.

Katira didn’t believe the legends. It wasn’t possible for a person to bend the very fabric of reality or live forever. She didn’t believe in the dark mirror realm either or that forces were at work to destroy the waking world.

That was before the first demon shadow hound came for her.

Stonebearer’s Betrayal –  A power-fueled coming-of-age story where Katira, a young healer’s apprentice becomes a pawn in an ages old conflict between immortals and demons. 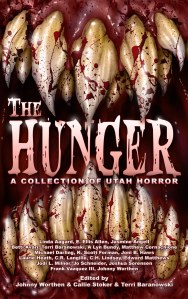 Stonebearer’s Apprentice – Sequel to Stonebearer’s Betrayal, Jarand must train his new apprentice in the face of overwhelming adversity. (Now being drafted!)

Amulet of the Nefertiti – 2010 NaNoWriMo novel (will stay locked in a drawer, forever)