The debut of this presentation is scheduled for Saturday, April 14th at the League of Utah Writers 2018 Spring Conference.

This is the third part in the three-part series “Creating Fictional Rites and Rituals.”

Here are handy links to the other two parts:

Don’t forget to tap that “Follow” button either here or on my Facebook page to be notified of future posts.

Quick Review – the five elements of ritual are:

Example: For this post we will be using the proposal scene that appears in my book being released in November. Katira and Elan have been sweethearts for years and Elan decides that at that year’s Harvest Festival he will propose. He’s excited, scared, and has been planning this day for weeks. Everyone in the town knows of his intentions. 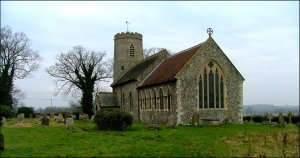 Unique Venue – Where (and when) does it take place?

For my proposal it is customary for the boy to ask the girl during the harvest festival so that the whole community can be involved and show support for the happy couple. It’s evening, the lanterns have been lit, bonfires dot the outer rim of the square.

Ceremonial Dress or Items – What items are needed?

In this proposal ritual there is no special dress, although those attending the Harvest Festival tend to wear their best. Elan must present a proposal crown for Katira to wear on her head, showing the community that she accepted his offer. Each of the flowers and seedpods woven into the wreath has symbolic meaning. Evergreen pine symbolized the long and happy life they would have together. Red fall roses were for strength in adversity. Feathery white woodsmoke seedpods were for the hopes of future children.

Note: these three things represent the things Katira wishes for.

Prescribed actions – What must the participants do?

To show his humility, Elan must kneel to present Katira her crown and ask her to marry him. Beforehand, he must seek permission from Katira’s father. She has the choice to accept or refuse, and if she accepts, she wears the crown. 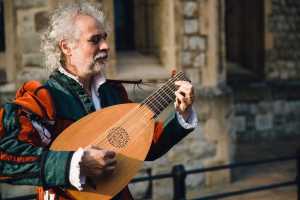 Is there music or sound?

The Harvest Festival has live music playing throughout as well as the shouts of children racing through the crowd, lovers giggling as they find shadows to hide in, and people clapping to the beat.

Think back on any religious ceremony and the first memory will probably be of the music. Midnight Mass, Christmas programs, Weddings. All have music involved, either performed or as a congregational. Music serves as a unifying element, it literally brings people together as they unite their voices in song, which is why it can be a powerful part of a ceremony. In LOTR when the elves believe Gandalf has died, the elves of Lothlorien sing him a lament, Skyrim’s theme song is a chant, military units have call and response cadences to keep them in unison as they march or run.

Writing Exercise: Create a ritual for your current project, don’t forget to address each of the five elements of ritual as well as discuss the emotional impact on your character.

Want to tell me all about the ritual you created? Share it in the comments below!

I hoped you enjoyed this series of lecture as much as I enjoyed learning about rites and rituals. Don’t forget, there are other presentation notes handy, feel free to check them out. I’m working to get my complete lecture series listed, so check back often.

Jodi L. Milner is a writer, mandala enthusiast, and educator. Her epic fantasy novel, Stonebearer’s Betrayal, was published in November 2018 and rereleased in Jan 2020. She has been published in several anthologies. When not writing, she can be found folding children and feeding the laundry, occasionally in that order.
View all posts by Jodi →
This entry was posted in Character Development, Concept Creation, Emotional Impact, Presentation Notes, Visual writing, World Building, Writing Exercise, Writng Conferences and tagged #LUW2018, Elements of Ritual, League of Utah Writers, lotr, LUW Spring, Rites and Rituals, Skyrim, Stonebearer's Betrayal. Bookmark the permalink.