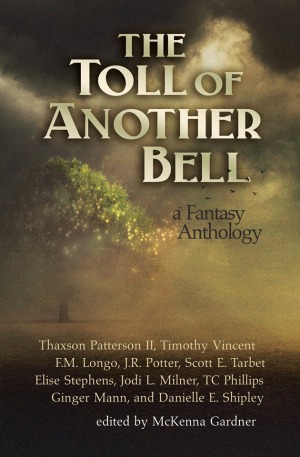 Welcome Scott E. Tarbet to My Literary Quest! I’m glad to have you here and looking forward to hearing the wit and wisdom you have to share with my readers.  I got to know Scott through the editorial process of The Toll of Another Bell and am thrilled to be part of the anthology with him.

What was your inspiration for your story “Year of No Foals”?

The heart of the story is at least partly autobiographical, including the family problems. But most especially the fantasies I had about the horse that was the focus of my affections when I was eleven. The metamorphosis in the story is one I dreamed about. Fifty years later that fantasy floated to the top, and became the story you see in Toll Of Another Bell.

You’ve written in several genres including paranormal, steampunk, and fantasy. Which is your favorite and why?

Here’s the part where I confess that I am a total writing junkie, and that I am also seriously ADD. Fortunately I have evolved coping mechanisms for both.

Whichever genre of SpecFic I’m writing in at any given moment is my favorite. And that changes frequently throughout my writing day. My best coping mechanism for my ADD is to change projects, which I do every few hours.

I might write on a Steampunk story and outline a fantasy novel in the morning, edit a paranormal screenplay and draft a techno-thriller novel in the afternoon. If I stall out on one project, I jump to another, and find myself refreshed when I come back. Problems seem to work themselves out best when I’m letting them simmer in the background. It’s the old “watched pot” phenomenon.

One side effect of this coping mechanism is that I wind up putting in long writing days without them seeming burdensome, because I have jumped around during the day. If I put in three hours on four different projects, I’ve put in a twelve hour day. And ultimately that amounts to a lot of words going onto the page in a given day.

What is your personal writing process? How do you turn an idea into a story?

The first dichotomy that comes to mind in response to that question is the old “outliner versus pantser” thing.

For your readers who might not know those two terms, an “outliner” is a writer who outlines their novel/story/screenplay etc, and works out the broad details before starting the actual writing. This can be compared with a sculptor making a wire frame of a figure before putting clay on the frame. Generally, outliners don’t like pantsers because they don’t see how a pantser can have a story that is coherent overall.

A “pantser” is someone who writes by the seat of their pants, who sits down and just lets the words pour out, and sees where the story takes them. Generally, pantsers don’t like outliners because they think that process restricts creativity.

I start out every project as an outliner, working sometimes for months (in one instance, years) to get the story arc, then the characters and their arcs down in outline form before I start to write.

But at the top of every outline I put the paraphrased quote from von Moltke, “No plan survives first contact with the enemy.”

And I live by it. As soon as I start to write things begin to change. Characters become clear, plots twists begin to suggest themselves. Sometimes I wake up in the middle of the night with a new twist or situation. When that happens I go back to the outline, make sure I can make all my plot points and character arcs fit, and I proceed. So the outline is every bit as much a living document as the draft itself.

What is your favorite book of all time?

The one I haven’t written yet. Or maybe one that I’m writing right now. I really want to read the rest of two novels that I’ve got half finished.

Seriously, if “favorite” means, “Which book have you re-read the most?” there is a hands-down winner: Ender’s Game and Speaker For the Dead, which I consider a single book. I have re-read them the most, have given away multiple copies, and have recommended them to literal hundreds of people. Particularly young readers.

In so doing I feel a bit like a heroine dealer: the first one is free. I know the user is going to become addicted.

If I, as an author, were ever to write anything approaching EG and SFTD in caliber, I could die happy.

You’ve published several stories and also a novel. Which of all your works is your favorite and why?

Let me answer that one this way:

I have three kids. Are you also going to ask me which of them is my favorite?

I pour my all into most everything I write. If I don’t care enough about a piece to do that, it doesn’t get written. So each story winds up with a different little chunk of my heart and/or soul incorporated into it.

My story in Toll of Another Bell, entitled Year of No Foals, is, as I mentioned above, painfully autobiographical and cathartic for me. Of everything I have ever written, it came the hardest. So—at least for right this very minute—it is my all time favorite.

Where can we learn more about your writing and published works?

I have an author blog at http://www.scotttarbet.timp.net. It’s a red-headed stepchild, unfortunately, because the time I would spend blogging about what I had for breakfast I could also be spending writing my next stories. But there are excerpts of all my published work up there, including from pieces that are on my publishers’ schedules to see the light of day. That is where I make announcements about when and where new pieces are going to be published. Like my story, Nautilus Redux, which will be coming out in the next couple of months in Xchyler Publishing’s Mechanized Masterpieces II: A Steampunk Anthology.

MMSA2 is Steampunked versions of classic American Lit, and Nautilus Redux is my take on a synthesis between Moby Dick andTwenty Thousand Leagues Under the Sea.

Are you planning to branch out beyond the SpecFic category?

Thanks for asking! I have submitted an LDS Young Adult project to Deseret Book, entitled Rise of the Stripling Warriors, that I hope they will pick up. My editor at Xchyler Publishing, Penny Freeman, is working on it with me, and says she will publish it if DesBook doesn’t. But we both hope they will, since it is aimed at a demographic outside Xchyler and/or their parent, Hamilton Spring’s, wheelhouses. Cross your fingers for me.

A huge thanks to Scott for being willing to come and be interviewed here at My Literary Quest. Be sure to check out his blog and also his books.

For more info about Scott’s current works, click on the covers below: 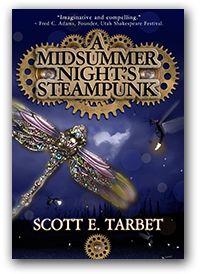 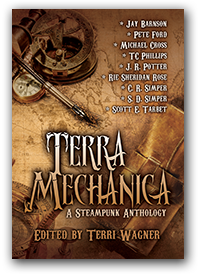 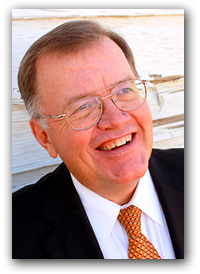 Scott E Tarbet writes in several genres, sings opera, was married in full Elizabethan regalia, loves Steampunk waltzes, and slow-smokes thousands of pounds of Texas-style barbeque. An avid skier, hiker, golfer, and tandem kayaker, he makes his home in the mountains of Utah. He blogs at http://scotttarbet.timp.net/

The Facebook release party for The Toll Of Another Bell is coming up fast.  Join in for the chance to win fun prizes and get to know the authors this Saturday, January 31st. Check out the event page for more details!

Scott and I will be attending the annual “Life, the Universe, and Everything” Writing Conference February 12-14 at the Provo, Utah Marriott Hotel.  Look for the Xcyhler Publishing table and come say hi!

Enter for a prize now! Check out the Rafflecopter giveaway for The Toll of Another Bell!

Jodi L. Milner is a writer, mandala enthusiast, and educator. Her epic fantasy novel, Stonebearer’s Betrayal, will be published November 2018 by Immortal Works Press. She has been published in several anthologies. When not writing, she can be found folding children and feeding the laundry, occasionally in that order.
View all posts by Jodi →
This entry was posted in Books and Reading, Guest Post and tagged advice, fantasy, Fantasy Anthology, interview, Rafflecopter giveaway, Scott E Tarbet, steampunk, Toll of Another Bell, Xchyler Publishing. Bookmark the permalink.
%d bloggers like this: