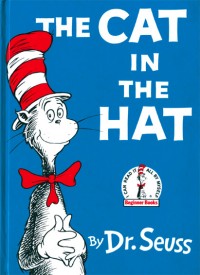 “Don’t cry because it’s over. Smile because it happened.”

“Sometimes the questions are complicated and the answers are simple.

“Be who you are and say what you feel because those who mind don’t matter and those who matter don’t mind.”

“I like nonsense, it wakes up the brain cells. Fantasy is a necessary ingredient in living, It’s a way of looking at life through the wrong end of a telescope. Which is what I do, And that enables you to laugh at life’s realities.”

“You have brains in your head. You have feet in your shoes. You can steer yourself in any direction you choose. You’re on your own.

“And you know what you know. You are the guy who’ll decide where to go.”

“I like nonsense, it wakes up the brain cells.”

“I start drawing, and eventually the characters involve themselves in a situation. Then in the end, I go back and try to cut out most of the preachments.” 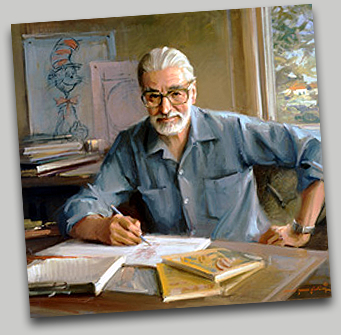 Perhaps the 20th century’s most famous author for children, Dr. Seuss wrote and illustrated nearly 50 books of quirky children’s verse during his lifetime. His books were famous for their funny rhymes and whimsical characters; among Seuss’s most famous titles are The Cat in the Hat (1957), Green Eggs and Ham (1960), Horton Hears a Who (1954) and One Fish, Two Fish, Red Fish, Blue Fish (1960). His story How the Grinch Stole Christmas (1957) was made into 1966 animated TV special (directed by Chuck Jones) and a 2000 feature film starring Jim Carrey as the Grinch. Dr. Seuss was awarded a special Pulitzer Prize in 1984.

Theodore Geisel died after an illness of several months, The New York Times noted in its obituary: “The exact cause of death was unclear, said Jerry Harrison, who oversees children’s books for Random House, Mr. Geisel’s longtime publishers. Mr. Harrison said the author had been suffering from an infection of his jawbone that had become acute in recent months”… Geisel attended Dartmouth College, graduating in 1925… He won an Academy Award for writing the best documentary short subject of 1945, Your Job in Germany (also known as Hitler Lives)… Jim Carrey also voiced Horton the Elephant in a 2008 feature film of Horton Hears a Who… Actor Mike Myers played the title role in a 2003 feature film of The Cat in the Hat.

Jodi L. Milner is a writer, mandala enthusiast, and educator. Her epic fantasy novel, Stonebearer’s Betrayal, was published in November 2018 and rereleased in Jan 2020. She has been published in several anthologies. When not writing, she can be found folding children and feeding the laundry, occasionally in that order.
View all posts by Jodi →
This entry was posted in Quickly Quotable and tagged biography, Cat In The Hat, children's books, dr. seuss, Green Eggs and Ham, How the Grinch Stole Christmas!, One Fish Two Fish Red Fish Blue Fish, quotes, Seuss, Theodore Geisel. Bookmark the permalink.