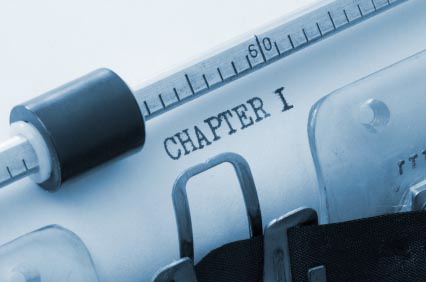 If my doctor told me I had only six minutes to live, I wouldn’t brood.  I’d type a little faster.  ~Isaac Asimov

Write down the thoughts of the moment.  Those that come unsought for are commonly the most valuable.  ~Francis Bacon

When you are describing,
A shape, or sound, or tint;
Don’t state the matter plainly,
But put it in a hint;
And learn to look at all things,
With a sort of mental squint.
~Charles Lutwidge Dodgson (Lewis Carroll)

The best time for planning a book is while you’re doing the dishes.  ~Agatha Christie

As for my next book, I am going to hold myself from writing it till I have it impending in me:  grown heavy in my mind like a ripe pear; pendant, gravid, asking to be cut or it will fall.  ~Virginia Woolf

Writing a book is a horrible, exhausting struggle, like a long bout of some painful illness.  One would never undertake such a thing if one were not driven on by some demon whom one can neither resist nor understand.  ~George Orwell, “Why I Write,” 1947

Every author in some way portrays himself in his works, even if it be against his will.  ~Goethe

Jodi L. Milner is a writer, mandala enthusiast, and educator. Her epic fantasy novel, Stonebearer’s Betrayal, was published in November 2018 and rereleased in Jan 2020. She has been published in several anthologies. When not writing, she can be found folding children and feeding the laundry, occasionally in that order.
View all posts by Jodi →
This entry was posted in NaNoWriMo, Quickly Quotable and tagged Inspiration, motivation, NaNoWriMo, quotes, writers, Writing. Bookmark the permalink.

10 Responses to Quickly Quotable #33 – Quotes for Writers from Writers